The Hilltop Regional Kitchen (HRK) is a community-based kitchen located in Eagle Bend, Minnesota, which opened in January of 2018.  The Kitchen's mission is to provide a facility from which healthy, nutritious meals are produced to serve older adults, individuals with disabilities, and others in need of good nutrition.  The need for the Hilltop Regional Kitchen was created due to the loss of several local kitchens over the past decade.  The HRK provides a regional hub from which over 200 meals per day (Over 55,000 meals per year) are able to be distributed across 10 communities in Central Minnesota, including: Bertha, Browerville, Clarissa, Eagle Bend, Hewitt, Long Prairie, Motley, Staples, Verndale, and Wadena.

Prior to the building of the Hilltop Regional Kitchen, the Eagle Bend Senior Center's kitchen facility produced the majority of Meals on Wheels and bundled frozen meals for Todd and Wadena Counties.  The building that now housed the Eagle Bend Senior Center and kitchen was built in 1906 and purchased by the seniors in 1970.  Since then, a number of renovations have been made to improve the kitchen facility but the facility remained cramped, antiquated and unable to expand.   As the senior population continued to grow in Todd and Wadena Counties, the need for a new kitchen facility became increasingly necessary, so seniors could stay healthy and independent in their homes.

In December 2014, Todd County Health & Human Services received a significant funding award from the South Country Health Alliance Community Reinvestment program to renovate the vacated Eagle Bend High School Ag/Shop building to serve as the new Hilltop Regional Kitchen.  In early 2015, work began to design the Hilltop Regional Kitchen to provide a larger and more accessible facility for kitchen staff, volunteers, and diners.  The design included walk in coolers and freezers, additional storage of dry goods as well as frozen and fresh locally grown products, ample space for preparing and packing meals, as well as state of the art equipment.  The facility also includes a 60 seat dining area for congregate meals and space for classes and community events.  Fundraising continued to raise the necessary funds to finish the kitchen.  Through the local support of several individuals, businesses, service groups, hospitals and foundations the Hilltop Regional Kitchen was successfully completed by November 2017 and opened in January 2018.

Currently, the Hilltop Regional Kitchen is a 501(c) 3 organization and overseen by a Board of Directors and an executive committee made up of members of the ten communities served by the kitchen.  Through a strong partnership with Lutheran Social Service of Minnesota, the Hilltop Regional Kitchen is able to ensure nutritious meals are available to needy residents in our region for decades to come. 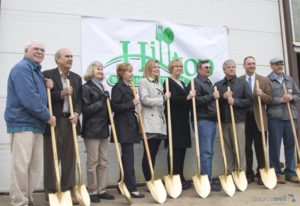 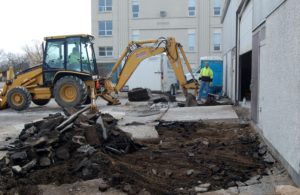 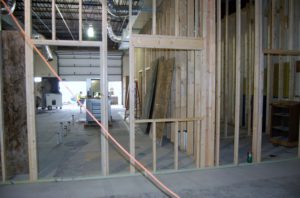 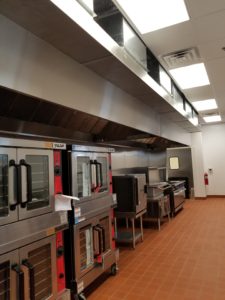 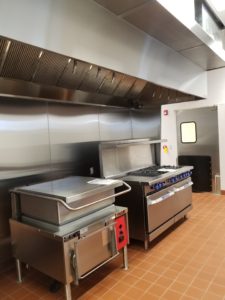 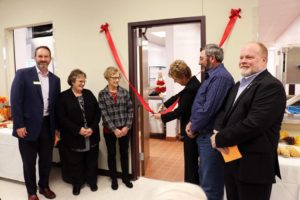